When Mellodie attended an Open Day at the Guide Dog Centre in Melbourne Australia she was captured by the potential she saw in some of the Labradoodles there [Labrador cross Poodle] , that fired her imagination.  Surely, she could do better and develop a very special kind of new dog breed. The Dream began!

TEGAN (Tegan Park) set up the Tegan Park Labradoodle Breeding and Research Centre in Australia, first of its kind in the world, to further develop the early Labradoodle  (Poodle x Labrador) into the Australian Labradoodle

It's principle and founder was the visionary Mellodie, who first concluded that the (then) Royal Guide Dogs in Melbourne Australia, was abandoning its Labradoodle breeding program too soon. They had cited the cross - breed Labradoodle as too easily distracted and hard headed, which made the training program too long and expensive to run. They were also discouraged at the low percentage of allergy friendly, non - shedding puppies in each litter. With a keen interest of how genetics worked and the belief that just 2 parent breeds rarely produce a consistent type, research began to find individual dogs as well as pure breeds that could be infused into the Labrador Poodle cross.
Mellodie stopped breeding for some time during her divorce and later Cancer, while absent her mother powered on gaining approval to register this amazing breed as a pure breed in development with the MDBA with a little discussion the Name Australian Cobberdog was chosen as it shows in its name where it originates from and its purpose. Cobber means pal, buddy, Friend. Talking dogs again relit the fire and with her mothers help sharing old precious preserved bloodlines Tegan started breeding again, early work went under Mellodie`s Divine Prefix and progressed to her Tegans prefix when each new bloodline was developed and excelled. 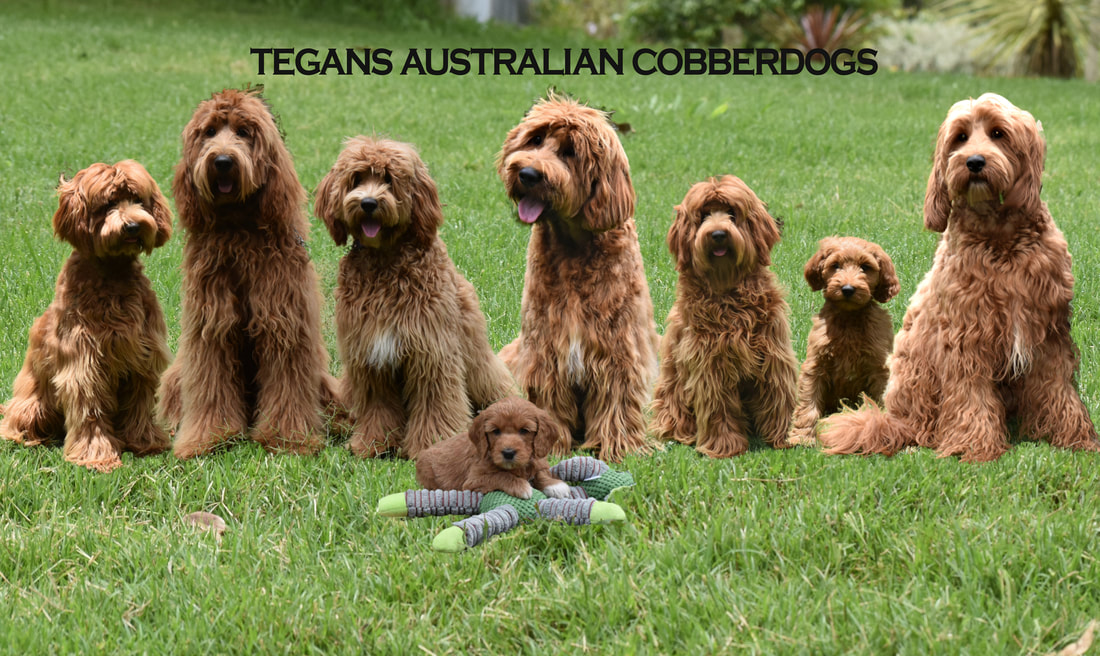 ﻿A Pictorial trip down  memory lane﻿